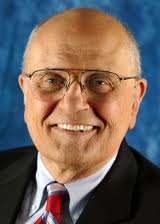 The John D. Dingell Award is presented to leaders whose efforts have helped to advance the common objectives of the electric power industry and IBEW Members.

John D. Dingell represented Michigan in the U.S. House of Representatives from December 13, 1955, to January 3, 2015.  His 59 years as a Representative marks the longest congressional tenure in U.S. history, and he holds the record for being the longest-serving Dean of the U.S. House of Representatives. Mr. Dingell served as Chairman of the Energy and Commerce Committee for many years, where he amassed an impressive record of accomplishments on a wide range of issues many of which focused on labor management collaboration 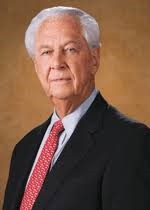 The Edwin D. Hill Award commemorates the life and achievements of the late International President Emeritus of the IBEW. It is given to those who advance state and local initiatives on behalf of the electric power industry and IBEW members.